MarcyPosted on December 31, 2015 Posted in Blog No Comments

Trulia recently examined whether homeownership was seen by adults in the United States as a “part of their personal American Dream.”

Over the last five years:

Trulia’s Survey of Homeownership Dreams over the Past 5 Years: 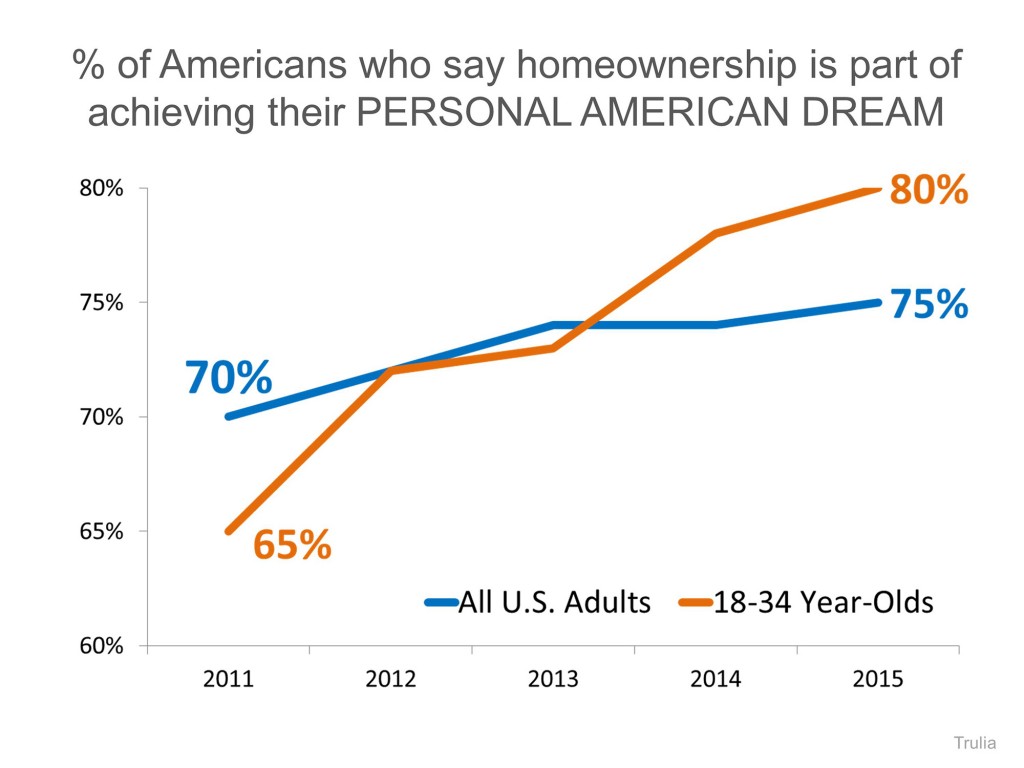 As the housing industry recovers from the real estate crisis of 2008-2010, American’s belief in homeownership as part of their personal American Dream has also made a strong comeback.  It would be my pleasure to help you realize your American Dream!