Your Time in the Housing Market?

MarcyPosted on August 22, 2017 Posted in Blog No Comments

More Boomerang Buyers are About to Enter the Market

I previously noted study conducted by TransUnion titled, “The Bubble, the Burst and Now – What Happened to the Consumer?” The study revealed 1.5 million homeowners who were negatively impacted by the housing crisis could re-enter the housing market between 2016 and 2019.

Recently, HousingWire analyzed data from the US Bankruptcy Courts and revealed 6 million Americans will have their bankruptcies disappear off their credit reports over the next 5 years.  This could “possibly send a flood of more homebuyers into the housing market.”

The chart below shows the total number of bankruptcies filed by year in the US over the last 10 years. The light blue bars represent over 3.3 million people who have already waited the 7 years necessary for their reports to no longer include their bankruptcies. 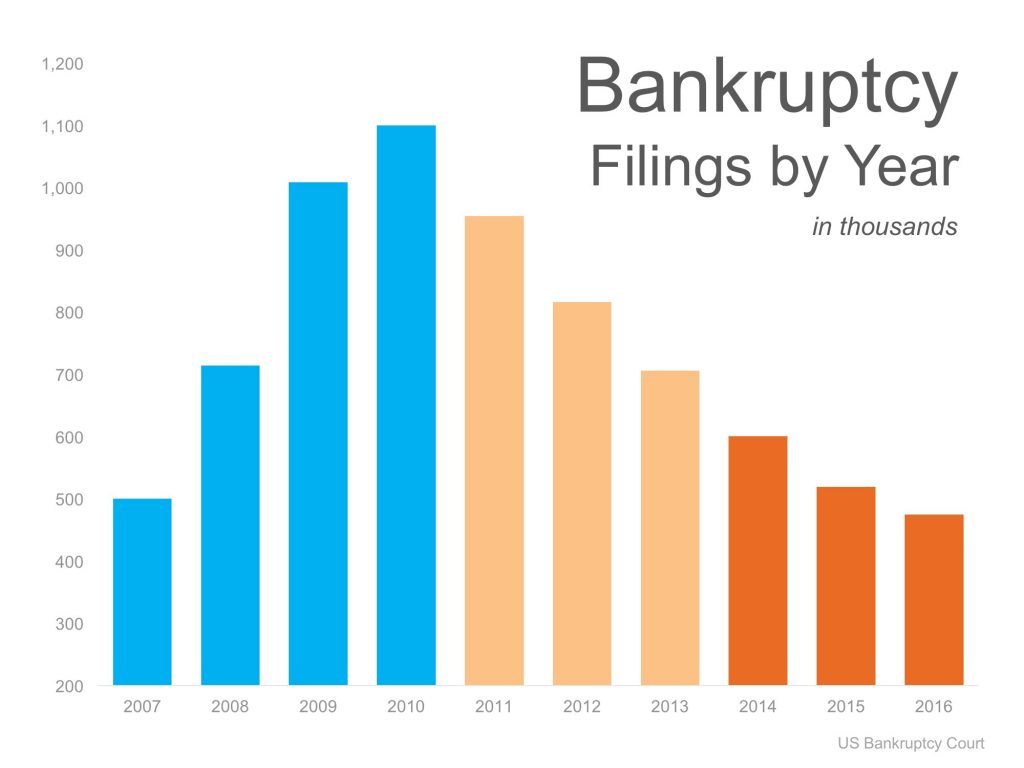 How would this “send a flood of more homebuyers into the housing market”?

As the article mentioned, in 2010 the number of chapter 7 bankruptcies increased to nearly 1.14 million. Now, 7 years later, these bankruptcies may no longer report on their credit reports, or enough time has elapsed that they now meet lender guidelines.  Their credit scores could improve, making them “credit worthy” again.

As we can see from both reports, the homeownership rate has the opportunity to increase drastically over the next few years with all of these boomerang buyers returning to the market.

If your family was negatively impacted by the housing bust, there is the light at the end of the tunnel! You may now be in a position to purchase your dream home!